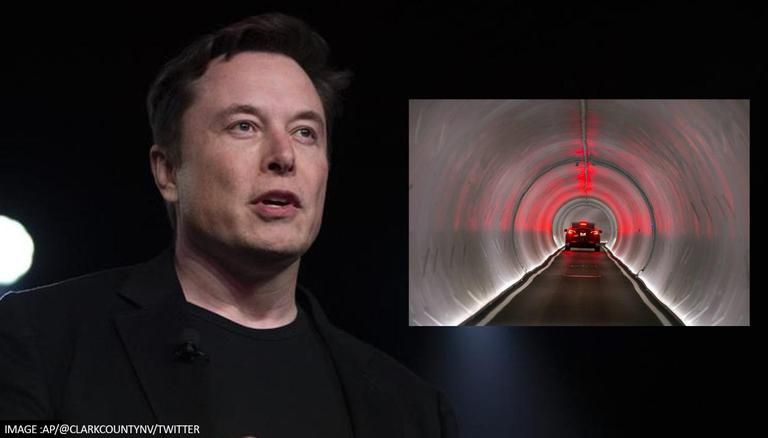 Elon Musk’s The Boring Company has received a green signal from local authorities to proceed with the construction of the underground tunnels. Clark County Nevada announced in a Twitter post that county commissioners have approved a deal with the drilling company to go ahead with plans for the “Vegas Loop.” They further stated that The Boring Company would be able to establish a transportation system under the Las Vegas Strip.

The Boring Company’s “Vegas Loop” will primarily have an operational subway system primarily in the resort corridor with stations at various resorts and connections to Allegiant Stadium and UNLV, reported Review-Journal of Las Vegas. According to the Boring Company’s plan, passengers would be transported using private Tesla vehicles. Responding to the post from Clark County in Nevada, the Boring company on the microblogging site mentioned that Vegas Loop was expanding its 29 miles and 51 stations. The company thanked the Clark County team for their “great partnership.” Separately, the company thanked the commissioners for “unanimous approval”. Clark County Nevada in a Twitter post revealed that the Vegas Loop will have 29 miles and 51 stations. Clark County Nevada further said that up to 57,000 passengers can pass through the tunnel in an hour. The county has mentioned that taxpayer dollars will not be spent on the project.

Vegas Loop is growing – 29 miles and 51 stations!
Thank you to the Clark County team for the excellent partnership and to the Commissioners for their unanimous approval. https://t.co/KrfF5SUsxq

Boring chairman Steve Davis has revealed the system will be built in phases, the Las Vegas Review-Journal reported. Davis advised that initially five to 10 stations would go online. The stations will be put into operation within the first six months after the start of construction of the project, in accordance with the Las Vegas Review report. Apparently, passengers traveling through the tunnel would not be required to stop at every station as they would be picked up at a stop like the Las Vegas Convention Center and they would be transported directly to Allegiant Stadium without stopping at all of the resorts. hoteliers who come on the way. Additionally, Davis revealed that the passenger could travel to Allegiant Stadium from the Las Vegas Convention Center, which is a 3.6 mile ride in 4 minutes and that the cost for a vehicle would be $ 6. According to Las Vegas Review Davis described the transportation as “very affordable, very accessible and very, very comfortable.”

Human hacking and multichannel phishing are on the rise

These 5 traditional games participated in the Khelo India Youth Games, what do you…